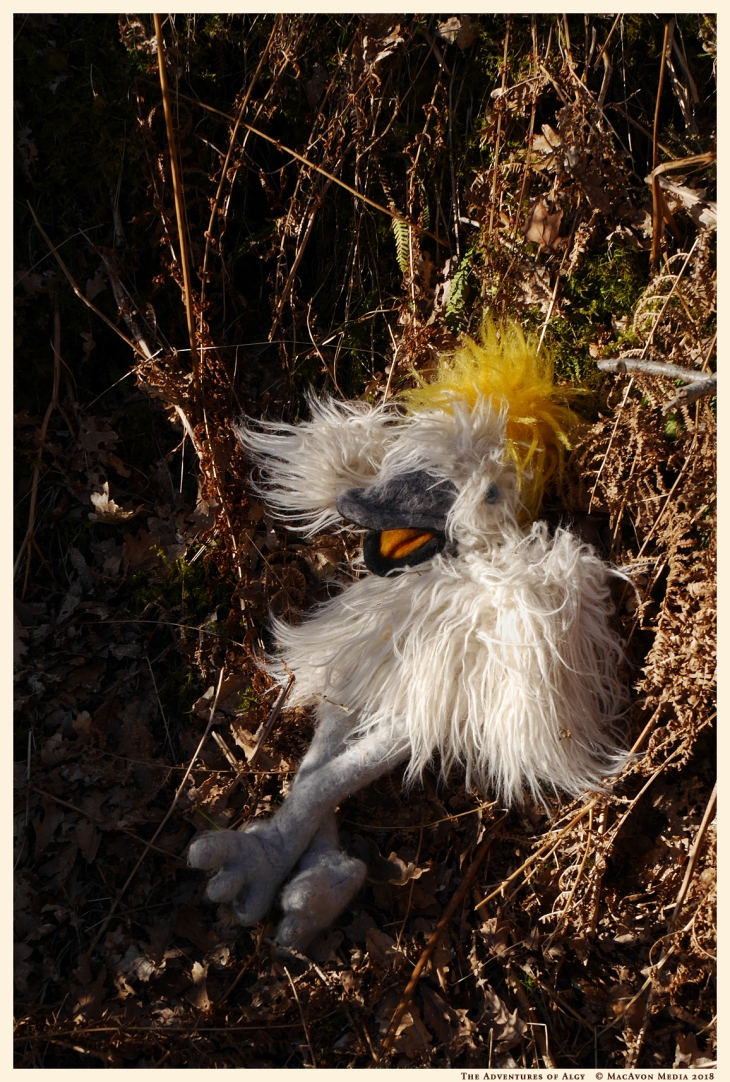 Algy tucked himself down among the soft mass of dry bracken and last year’s fallen leaves, and reclined there happily, spreading his wings to catch as much of the late winter sun as he could. The sun was strong enough now to dazzle his eyes and cast deep shadows all around him, but its warmth was only the tepid heat of someone who has just woken up from a long, cold winter’s sleep. He rejoiced in the return of the light, however, and was reminded of the opening lines of Shelley’s poem:

Swift as a spirit hastening to his task
Of glory and of good, the Sun sprang forth
Rejoicing in his splendour, and the mask
Of darkness fell from the awakened Earth.

[Algy is quoting the opening lines of the long, unfinished poem The Triumph of Life by the 19th century English poet Percy Bysshe Shelley.]