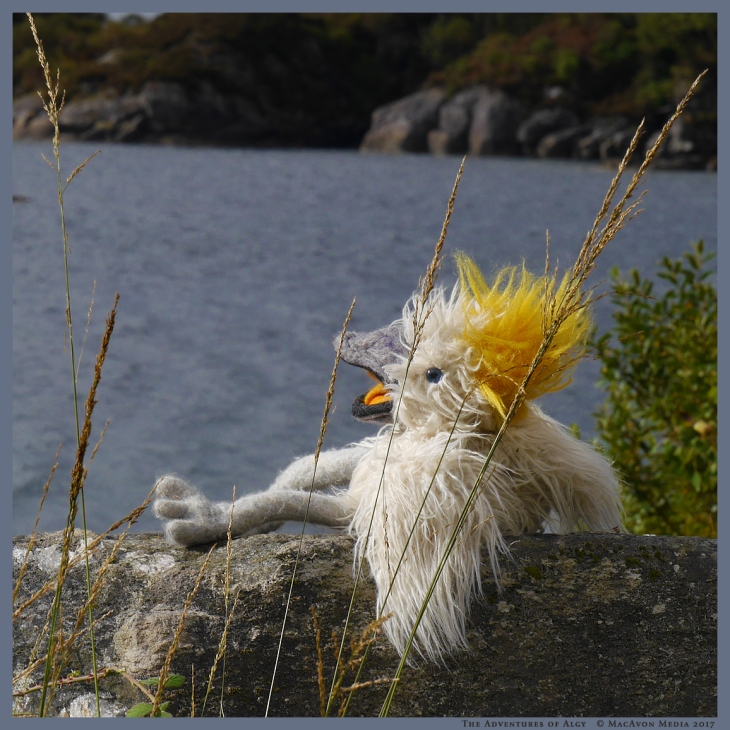 Algy perched on a large boulder in a patch of pale autumn sunlight and stared at the waters of the loch.

He was reflecting on the strange nature of human beings; a few of them caused a huge amount of trouble and distress for others who they did not even know, and yet the vast majority were kind to one another, especially when those in trouble or danger were in need of help. The situation was entirely baffling to a fluffy bird, but by a strange coincidence it seemed to match today’s poem in the anthology “A Poem for Every Day of the Year” – a poem which was written over 150 years ago:

Whene’er a noble deed is wrought,
Whene’er is spoken a noble thought,
Our hearts, in glad surprise,
To higher levels rise.

The tidal wave of deeper souls
Into our inmost being rolls,
And lifts us unawares
Out of all meaner cares.

Honor to those whose words or deeds
Thus help us in our daily needs,
And by their overflow
Raise us from what is low!

[Algy is quoting the opening verses of the poem Santa Filomena by the 19th century American poet Henry Wadsworth Longfellow.]