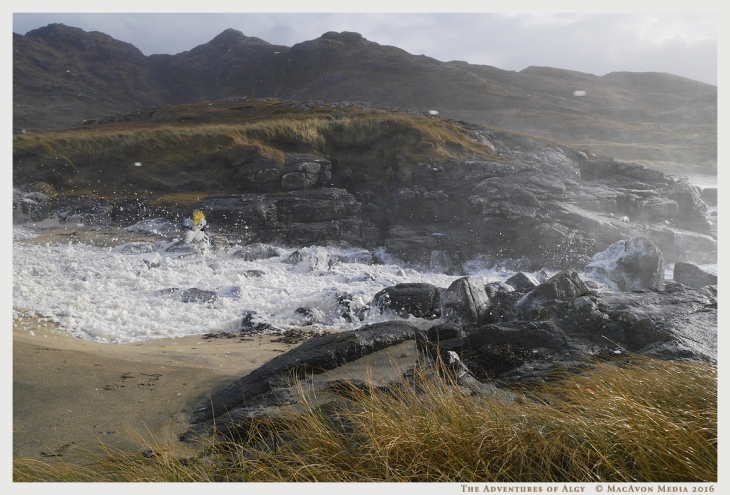 The first big storm of the winter built up over the Atlantic Ocean and swept in with considerable force across the churning sea, covering Algy’s little beach with a seething mass of white spindrift.

Although he had to hold on tightly to the rocks to avoid being swept away, Algy was fascinated by the strange mass of foam, which was in constant motion although it seemed almost solid. The spindrift built up in mounds which were changing shape continually, and was then whipped up into the air again in chunks by the roaring wind and hurled inland. If it had not been almost impossible to stand or fly in the gale, Algy would have tried making a foam snowman on the sand…