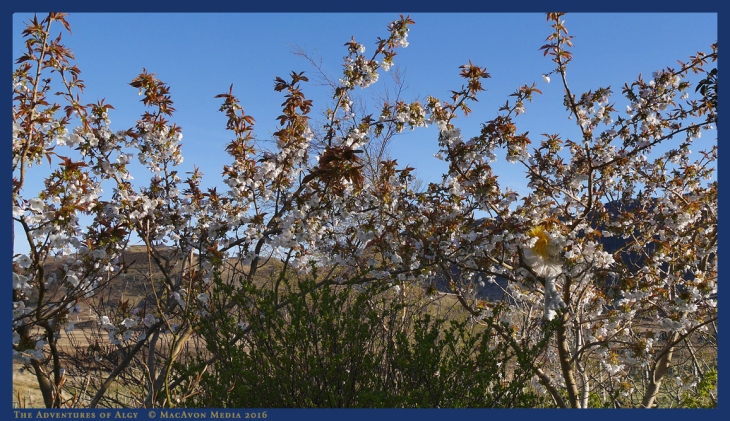 The air was still very chilly, but the sun was shining, the sky was blue, and the wind had dropped for a while at least. Algy could feel that it was growing gradually warmer, and although the hillsides still looked dead and brown, his assistants’ garden had burst into flower, and new leaves were emerging on some of the trees and bushes.

Algy flew into the heart of a cherry tree and buried his beak happily in the blossom, listening to the voices of all the new birds who had just arrived from much warmer countries to spend the summer months on the west coast of Scotland. For two weeks now Algy had been worrying about the cuckoos, who should have been calling all around him since the third week in April, but who had been sadly absent. Then suddenly he heard that familiar sound, somewhere away in the hills: cuckoo, cuckoo, cuckoo… Algy smiled a big fluffy smile: it was truly spring at last 🙂